Resources: Climate change and the purposes of God

Posted in: Climate change and the purposes of God, Theology
Resource type: Bible studies and reflections 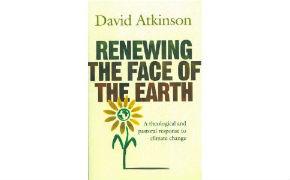 One of the important features of global warming which we need to address within the framework of our covenant theology is that climate change raises questions of justice. It requires us to address the moral implications of the fact that the people most affected by global warming will not live in the rich West, but in sub-Saharan Africa, south east Asia,

South America, the Canadian Arctic. Those people in whom the damaging effects of climate change are already being felt, and will increasingly be most acutely felt, are those people who are already among the poorest and most disadvantaged of the world.

Organisations such as Christian Aid and Tearfund have long been assisting the church to keep these issues in the forefront of our minds and our mission. But the questions raised by climate change underline all this in a fresh way. People are now rightly talking about ‘Climate Justice’.