YOU ARE HERE:  Operation Noah > activism

An Alarmist’s Guide To Climate Change

This post is written by our guest blogger Bill McGuire. Bill is Professor Emeritus of Geophysical and Climate Hazards at University College London. He has written a number of books, including Waking the Giant: How a Changing Climate Triggers Earthquakes, Tsunamis and Volcanoes; which ranked at number five in The Guardian’s Top 10 ‘eco’ books.

END_OF_DOCUMENT_TOKEN_TO_BE_REPLACED

Christian Climate Action: A cloud of witnesses for the defence

The Department of Energy and Climate Change: whitewashed tombs?

Operation Noah board members Ruth Jarman and Reggie Norton are also members of Christian Climate Action, which witnesses to the urgency of climate change. Under this banner, they have highlighted what they see as the hypocrisy of the Department of Energy and Climate Change.

A summary of each party’s manifesto statements on climate and energy policy is provided below, drawing upon a briefing produced by Quaker Peace and Social Witness ‘Reflections on the general election manifestos’. This summary draws out interesting headlines rather than being a full analysis of the policy implications of the manifesto statements and it does not compare like with like. END_OF_DOCUMENT_TOKEN_TO_BE_REPLACED

Speak Up: For the love of … 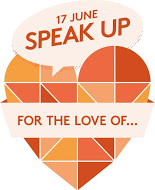 Join us at the mass lobby of Parliament on 17 June for an inspirational day of action on climate change. This will be your chance to tell the new government to take strong action to protect everything we hold dear that is threatened by climate change. Over 10,000 are expected representing all constituencies in the UK to meet with their MPs.

Read our latest newsletter that features our upcoming supporters’ day on 13 June, the climate change drama tour this Autumn, divestment news from the Bright Now campaign, actions for the General Election and the mass lobby of Parliament on 17 June, the Anglican Bishops’ Good Friday statement on the environment and upcoming faith-related climate events.